Just when you thought it was all over, J.K. Rowling has one more surprise. She has just launched a new website called Pottermore, with no real hints as to what it might be. There's even a countdown clock where you can watch the minutes tick by until she makes an announcement about her next project. You can also follow Pottermore on Twitter and Facebook. Here's an unofficial preview shot... you can find more here. 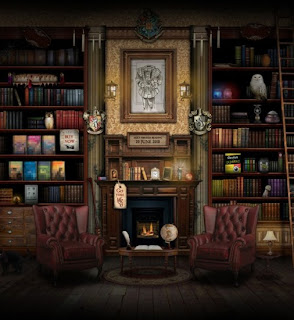 What could it be? J.K. Rowling's spokespeople have announced that it isn't related to more books... but I'm holding out hope that it could be the long-waited Harry Potter encyclopedia, or an online version thereof. Other rumors are going around that it's a social networking online game site. We'll see. In a few days, we'll find out from the master of suspense herself.

What are your guesses?

Update: The announcement has been made! See this post for more details.
Posted by Susan Kusel at 4:37 PM