Looking for a quick and easy Halloween costume you can make yourself? Try these great ideas from fellow bloggers for characters from popular children's books. These ideas work for both kids and adults.

Maureen from Confessions of a Bibliovore suggests:
Pam from MotherReader suggests:
Andrea from Three Silly Chicks suggests:
Wendie from Wendie's Wanderings suggests:
Stacy from Booktopia suggests:
From my friend Cate, who always has great suggestions:
Also, see this post from last year, for some punny Harry Potter Halloween costume ideas that Cate and her husband came up with.

My ideas:
Do you have any more ideas? I'd love to hear them. Please leave them in the comments.
Posted by Susan Kusel at 5:00 PM 2 comments:

Many people have told me that they think of Wizards Wireless as a bookseller blog.
But, when I first started writing it,

I was a library school student.

Then I became a bookseller.

And now I'm about to start a new job as a children's librarian.

It'll be interesting to see how the blog changes as I change careers.

But, it will still be about what it's always been about: 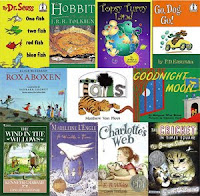 I want to say

to all my regular readers.

Feel free to drop me a line.

There will be a brief hiatus but I'll

I was flipping through the Hyperion 2009 spring children's catalog today and noticed this:
Naked Mole Rat Gets Dressed: Coming January 6, 2009. 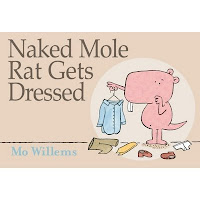 It's about a naked mole rat named Wilbur who likes to wear clothes. I saw a sample page in the catalog... it was pure Mo. I'm hoping to get my hands on an advance copy in the near future.
Also, two new Elephant and Piggie books are being published soon. 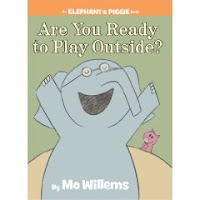 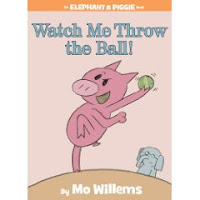 As I've mentioned before on this blog, I'm a big Mo Willems fan. (For a goofy picture of me standing next to Mo, see this post). And I've noticed that I get two kinds of reactions to Mo at the toy/book store where I work. About half the customers are huge fans of Mo, and the other half haven't heard of him.

Why are so many people not aware of him? Because he's so new to the children's book scene.

His first book: Don't Let the Pigeon Drive the Bus was published in March, 2003. That was only five years ago. Take a quick look at his complete bibliography, and see what he's published since.

By the spring of 2009, Mo will have published twenty one books. And, he's won five major awards along the way: 3 Caldecott honors, 1 Gesiel, and 1 Carnegie. Plus, the majority of his books are bestsellers. It takes many writers and illustrators a lifetime to do what he's done in five years. And let's not dismiss the six Emmys he won as an animator for Sesame Street.

Which of his books do you like? See the poll in the sidebar.
Posted by Susan Kusel at 10:30 AM 4 comments:

Have you nominated a book for the Cybils? Hurry up, there's only a few days left. Nominations close on October 15, 2008. Anybody can nominate one book per category.
I've compiled a list of books in the early reader category that are eligible, but haven't been nominated yet. To the best of my knowledge, all the books I've mentioned below are designed for beginning readers, are 64 pages or less and have a publication date between January 1, 2008- October 15, 2008.

There are three exceptions that don't meet the 64 page limit, and if these books aren't eligible for the Cybils, then they should be eligible for the Geisels and the Maryland Blue Crab Young Reader Award. They are:
All three books are published by Candlewick. Although they have roughly 72-80 pages, Mercy Watson Thinks Like a Pig and The Twin Giants in particular have appropriate word choices, white space, and liberal use of illustrations throughout the text. I'd definitely consider them early readers. But, we'll leave that up to the judges.

I'm so glad that the early reader category has been established as part of the Cybils (and I'm honored to have been the one to suggest it). I think this genre is extremely important and I've always felt that these kinds of books go unsung. If you click on the Amazon links I've provided below, you'll notice that almost none of these books have been reviewed yet, even though some of them have been published for nine months. After you put in your nomination, drop by Amazon or Barnes and Noble and leave a quick comment or review.

Last year, while all the Newbery and Caldecott predictions were being posted everywhere... the only books I saw on anybody's Geisel prediction lists were Mo Willems' Elephant and Piggie books. I love these books, and I'm delighted that There's a Bird on Your Head won the Geisel, and I think it was well deserved. But, Mo Willems just started writing early readers and he's not the only one in the game.

Here's a list of titles that haven't been nominated for a Cybil yet:

Annie and Snowball and the Teacup Club by Cynthia Rylant, illustrated by Suçie Stevenson

Fancy Nancy at the Museum by Jane O’Connor

Goof Off Goalie by Betty Hicks, illustrated by Adam McCauley 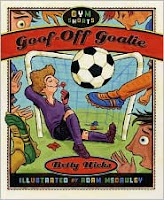 Journey of a Pioneer by Patricia J. Murphy

The Mozart Question by Micheal Morpurgo, illustrated by Michael Foreman 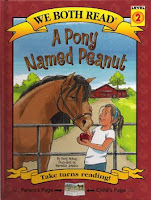 Snow Dogs: Racers of the North by Ian Whitelaw

The Spy Catcher Gang by John Kelly and Kate Simkins

A Trip to the Theater by Deborah Lock

Welcome to China by Caryn Jenner

Click here to nominate in the early reader category.

In addition to this list, another great place to look for ideas is the Mock Geisel blog, created by the Allen County Public Library in Fort Wayne, Indiana.

Check out the new poll on the sidebar to see if you've nominated a book in every category.